This past Monday, 14 of our MVB students were invited to attend a multi-school Maker Day held at Grindrod.  Leslie Drinovz (SD 83s Gifted and Inclusion teacher) and Jessa Clark (a member of the district’s Instructional Leadership Team) organized the opportunity for students from ALF, Grindrod and MVB.  The students arrived – most without a clue of what the day would entail – and quickly found out that they would be put into multi-age teams with members from at least two different schools. 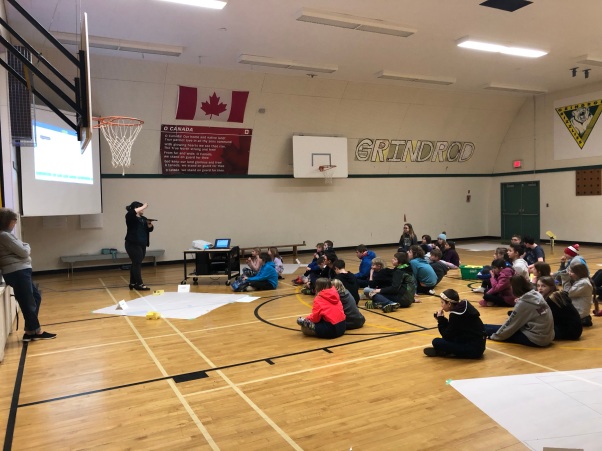 A challenge was presented: “Your team has been tasked by a company that mines diamonds to move large amounts of kimberlite to a place where it will be processed and the valuable diamonds will be extracted.” The teams were also told that the company had a robot that would help them move the bulky material.  The students would need to create some type of container that the robot would be able to move successfully from one place to another. 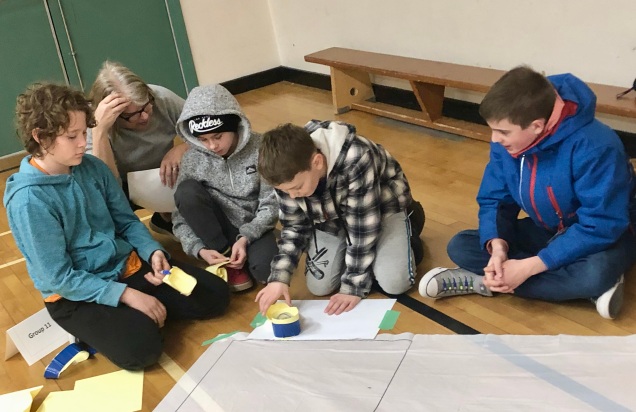 It was stated that the mining company would be looking for the most efficient (fastest) way to safely move this valuable cargo. In other words, at the end of the experience there would be a race…and a winner.

So, imagine yourself in this position.  You have just met three people, together you have listened to the challenge, then with a limited amount of time you must discuss plans and agree on a structure, build a prototype and then test it.  Oh, by the way, you will also have to learn how to code the robots movements so that it doesn’t veer outside the lines and disqualify your team.  What if you have someone in your group who does all the talking? What if your idea isn’t chosen? What if your structure fails? Will people argue? How will you deal with differences of opinion? Many of these scenarios are likely to play out.

How is that for a morning of learning?

The conversations I overhear are also a big reason why I love Design Thinking activities. Here are just a sample: “How can we make it faster?” “What can we do to reduce the friction?” “Do you think…?” “I wonder if…?” “Is it good enough?” “If we angle it to cut corners, do you think we can make it faster?”

These types of questions show students immersed in a deeper level of thinking as they attempt to problem solve. Of equal importance is the creation of prototypes: students learn quickly that multiple “failures” are typical before they achieve success.  As they learn to adapt and modify their designs, they are actually learning the importance of perseverance – an essential lifeskill for everyone.

Thanks to Leslie and Jessa for leading this opportunity – and to Grindrod for hosting! 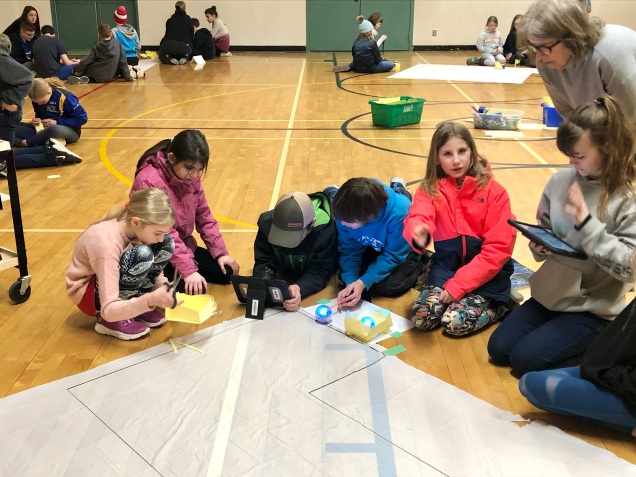 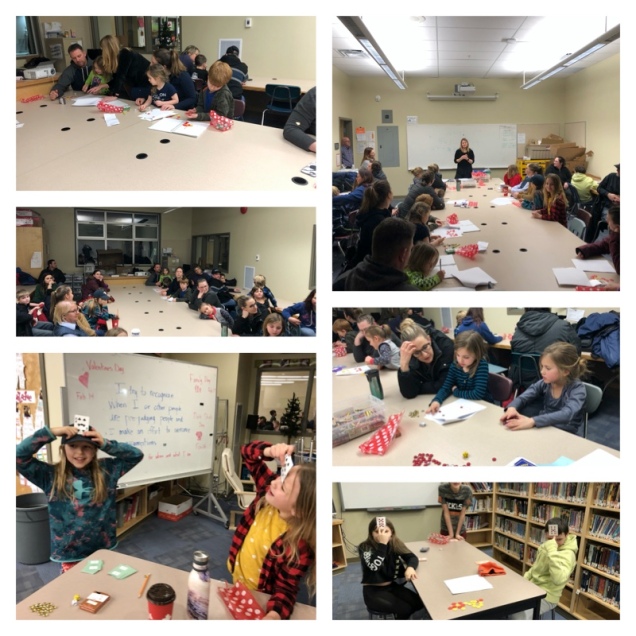 M.V. Beattie’s first Math Games Night for families was a great success! Close to thirty people attended and were led through a series of fun games by our District Principal of Numeracy, Val Edgell.  Ms. Edgell and Mr. Doug Smith (a District Numeracy Helping Teacher) were able to demonstrate enjoyable ways to practice number facts and thinking strategies.  Our families played games with dice, playing cards and double sided counters.  The games were “levelled” so that they could be accessible to K-6 aged students.

Thank you parents/guardians (and even one big brother) for bringing out your children (and sister).  Learning to enjoy the challenge of mathematics is important.  We know that helping our kids to develop a “growth mindset” is critical to becoming more resilient learners.  We ALL can “do math” – however, the first step is simply to believe that math is not evil; and, with a positive attitude and good effort we can all be effective problem solvers.  Math games are a great way for students to enjoy the learning process.  Good luck with your games…and don’t feel badly if your kids beat you! 🙂

Our next Math Night is for Parents/Guardians only.  This session will be held on March 3rd @ 6:30pm.  It will be a hands on approach to help you understand the many ways students are learning both their math facts and strategies for success.

Hope to see you there! 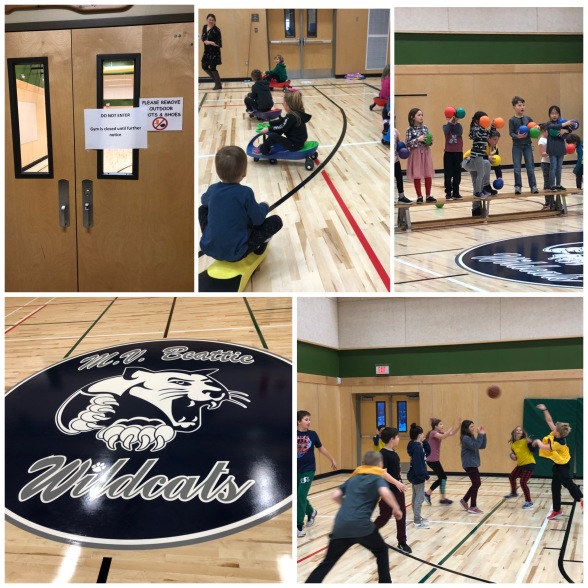 After four months of juggling field trip schedules and finding different ways to keep our kids active, we were finally able to pull down the “Do Not Enter” sign on the gym door and open it up to our students.  What a good reminder to not take anything for granted.  We are fortunate to have a beautiful new gym for our kids and community.  It has been wonderful to see (and hear) kids enjoying their new facility.

Basketball season has begun. We have 4 teams this year! Our coaches this year are:

We just received our league schedules so look out for permission slips to come home soon. 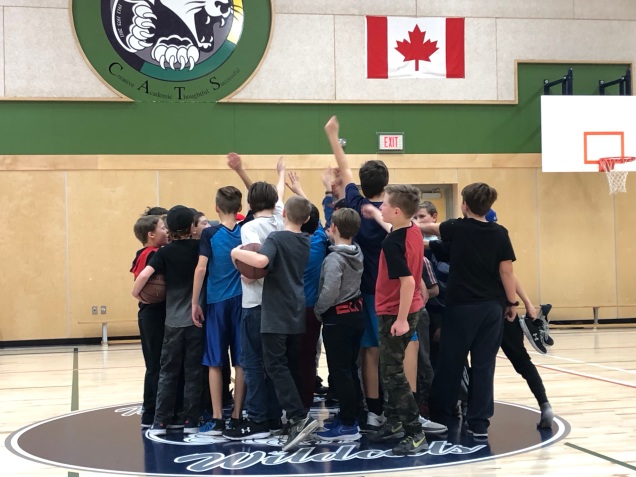 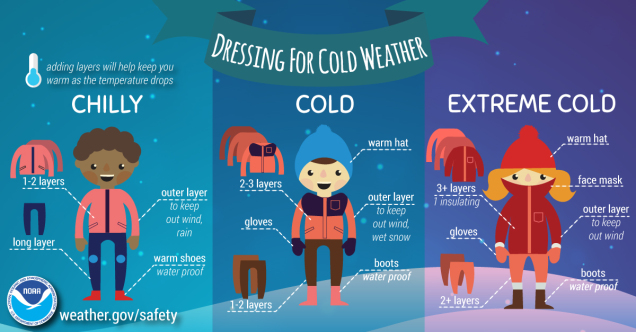 With news of a cold front coming, it is important to be prepared. Students will need to dress for the weather when coming to school. Please see the image above for some guidelines with respect to dressing for the cold.

Students are typically expected to play outside as long as the windchill isn’t too bad. When the temperature drops below -12 degrees at the school there is a good chance students will have an indoor recess.  The decision whether or not to have an indoor recess rests with the administration and is based on a number of factors (ie. temperature at the school, windchill, shelters available, length of time outside, etc.).  Students who have the appropriate attire – and want to go outside during colder temperatures will be allowed to do so.

If your child arrives at school before the bell, some teachers may choose to open their classroom doors a few minutes early on extreme cold weather days. If your child’s classroom door is not open, the NOL room is alway open in the morning at 7:45am for both the breakfast program and as a quiet place to take shelter from the cold.  Please note, if your child is “too ill” to play outside at lunch and recess, they should not be at school.  This policy is in place to protect the health of all students, staff and guests at M.V. Beattie. 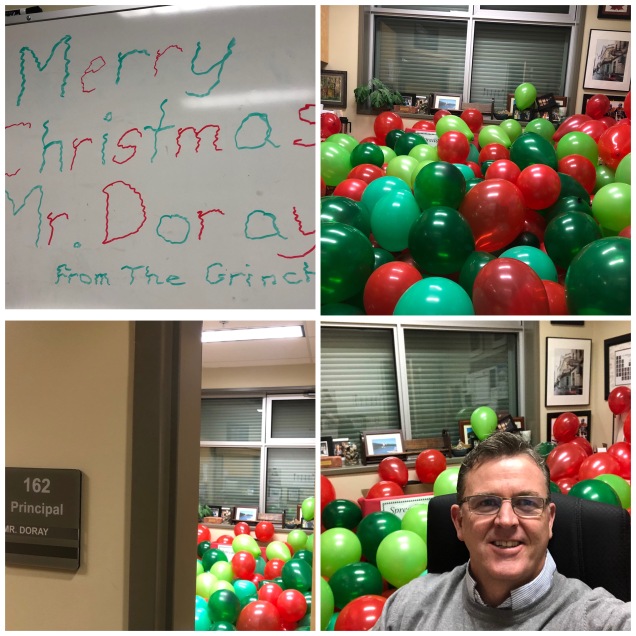 Today when I entered my office, I was greeted by a few hundred colourful holiday balloons, and a kind message from the Grinch – whose heart clearly had grown at least three sizes bigger.   I invited the kindergarten classes to join me for an office “Balloonfest,” and then word got out that “free balloons” were available in the office… Pure Mayhem!  Sorry Shelley! 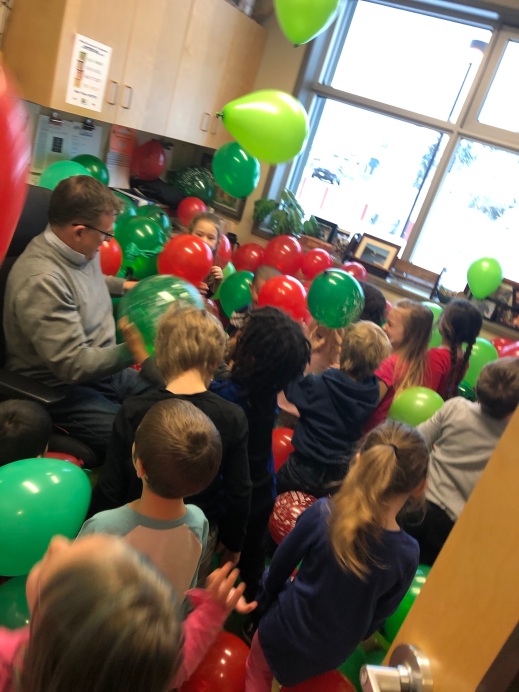 Anyway, it was yet another great start to a “typical” day at M.V. Beattie.

Throughout the day we welcomed families to choose some toys from the generous donations that we received.  Thank you again, to our donors – your kindness is so greatly appreciated.  We are still well stocked, so please come for a visit tomorrow (Dec. 20) if it will help your family create a merrier Christmas.

Yesterday’s performance was fantastic to witness.  From the singing, dancing and acting to the audience appreciation, it was a memorable day for the entire M.V. Beattie family.  Thank you for coming out share this experience.  We are all very proud of our kids!

I hope your holidays are filled with memorable times among family and friends, and that the coming year will provide you and your family many opportunities for laughter, kindness, generosity and gratitude.

Warmest Regards from the entire staff of M.V. Beattie to you and yours!